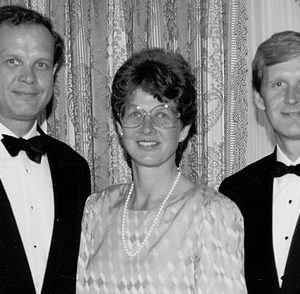 The Zarins wish to strengthen Latvian society’s knowledge and understanding of their own history. The Zarins believe that supporting their Latvian heritage is an honor.

For UL Faculty of History and Philosophy students.

The amount of scholarship during academic year 2 200 EUR

In 2015, the book, “Heroes and Heroism in Ancient Greece” written by Harijs Tumans, was published.

In 2016, the book, “Pastor Richard Zarins, Life in Two Worlds” written by Ineta Didrihsone-Tomasevska, was published. The book examines Pastor Zarins's life path and his work in the US.

In 2017, the book, “In the Circle of Threats and Hopes. Latvian Resistance Movement and Western Allies (1941-1945)” written by Uldis Neiburgs, was published.

In 2018, as a result of this project, Eriks Jekabsons was able to travel to multiple universities, institutions and museums in the United States to conduct his research. Jekabsons later published the book “Latvian and American relations from 1919 to 1922”, to highlight his research.

In 2020, the book, “The Latvian War of Independence 1918.-1019.: Reports of British Navy” written by Eriks Jekabsons and Klavs Zarins, was published.

In total, the Zarins have donated 105,000 USD to these projects.